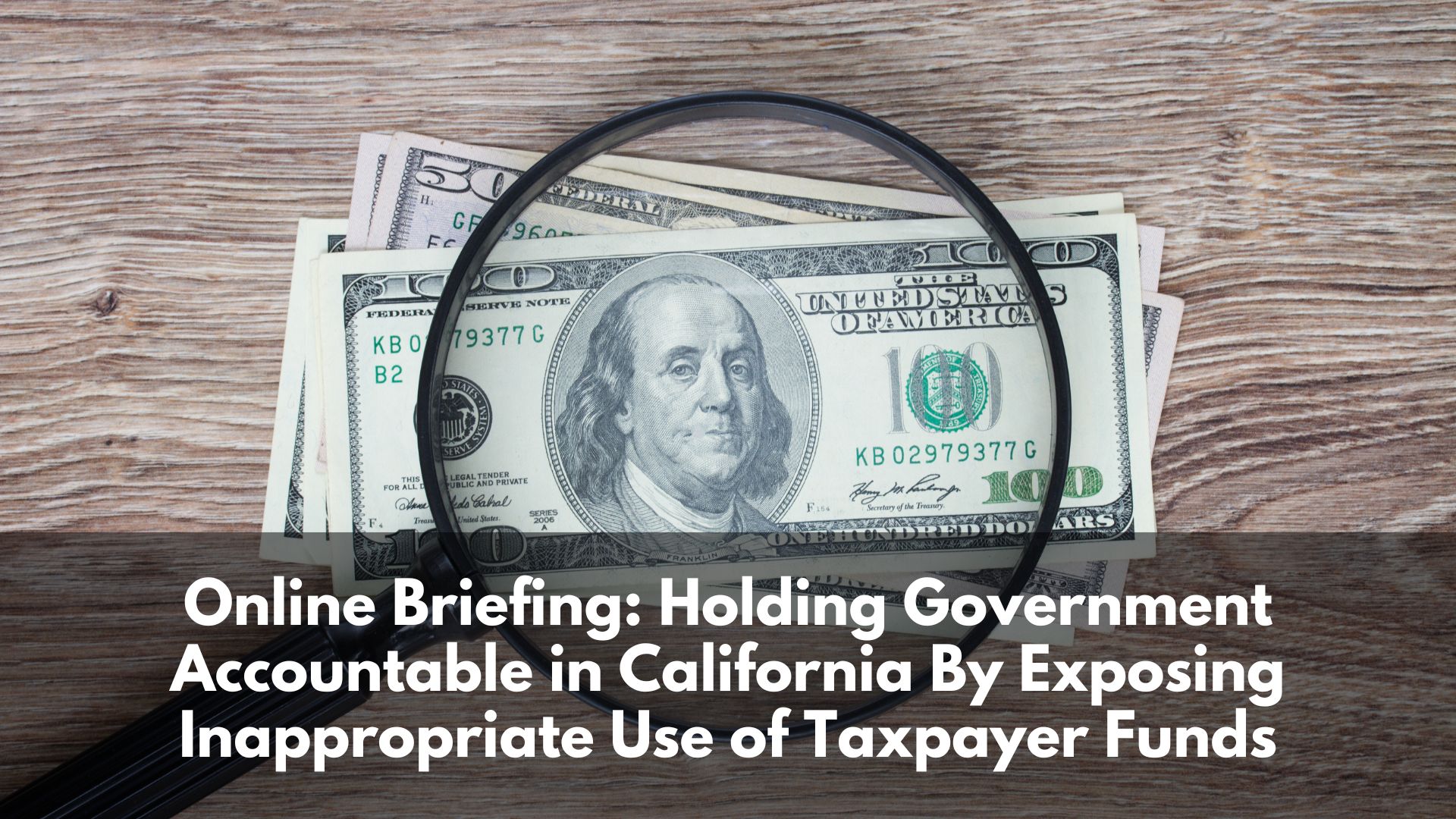 Are taxpayer funds being used efficiently and appropriately in California?

Sadly, it is hard to get an answer to this question – particularly because California’s liberal media refuses to do its job of shining a light of California state and local government to find out.

That’s why it is up to citizen activists and watchdog organizations to carry out their own investigative research to bring important problems with waste, fraud, and abuse to public light.

Join Carl DeMaio – one of the nation’s top government accountability experts – for this informative virtual workshop on:

Follow-the-Money Investigations: How to uncover the misuse of taxpayer monies to fund Left-wing political groups

Wasteful Spending: How to flag and expose wasteful spending inside state and local government

Whistleblower Protection: how to recruit and protect sources inside government

Conflicts of Interest: How to spot self-dealing by politicians and quid-pro-quo deals for political supporters.

Public Transparency: how to use the California Public Records Act to obtain information.

This workshop is free, but you must RSVP to attend!